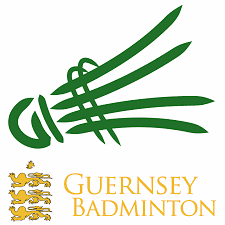 The official website of the Guernsey Badminton Association (GBA) can be found here: www.badminton.org.gg

The Guernsey Badminton Association has named its team for the 2017 Games in Gotland.

I am delighted with the team we are taking to Gotland – it contains a good mix of youth and experience. We are pleased to have Paul Le Tocq and Sarah Garbutt, who were part of our Gold medal winning team in both Isle of Wight and Bermuda, who both missed the Jersey Games, available for selection. We have the vastly experienced Kevin Le Moigne who, apart from being a very good player, is invaluable as a coach and support to the manager, Matt Haynes and Chloe Le Tissier who were both medalists in Jersey who will look to build on their success there. Jordan Trebert has improved significantly through the coaching he is receiving at uni in Birmingham, whilst Emily Trebert has finished her studies and has been able to devote more time to training to great effect.

We have three debutants in the side – Ove Svejstrup who, whilst new to Island Games, is a vastly experienced player – a former Junior European mixed double champion for his native Denmark, and his attitude and work ethic has had a positive effect on everyone else. Maxine Fitzgerald was very close to selection for Jersey until a bad knee injury ruined her chance and who has impressed everyone with the way she has worked to come back and make the team. The final member of the team is Carys Batiste, only 14, and very much one for the future. Carys has worked very hard this season and her performances at junior level have been outstanding and whilst she has earned her inclusion in the team, it is hoped that the experience of competing in a multi-discipline sporting event on the scale of the Island Games will stand her in good stead for the future.

Whilst we hope to win medals in all individual events our main challenge will be to regain the Gold medal in the team event and I am very confident that with this squad we have a very strong chance.